The creators of Tviron OÜ are two former members of the Defense Forces and one serious Estonian man with almost a lifetime of sports experience. The idea began with missions to desert areas where physical activity was almost mandatory to keep the mind and body. At the same time, there were no tools and conditions there, but they had to be created from handy tools. This led to the realization that in fact, you do not need a separate machine for each muscle group for training. However, the human body is one piece and designed to move in unity. By separating muscle groups, you can be hurt and development is much better than doing exercises that affect more muscles. In addition, the habit of transporting oneself to the hall after a working day (especially in summer) to lift the lever a little had disappeared. So we started thinking about how to solve the problem.

Fortunately, one of the founders has a degree in mechanical engineering and the other has a professional certificate in civil engineering.

We took action and it didn't take long to make the first prototype. We tried to be as close to nature as possible and use only metal and wood. And even the minimum to provide only the minimum necessary.

During the experiment, some problems appeared in the thinking process and I went back to modeling. 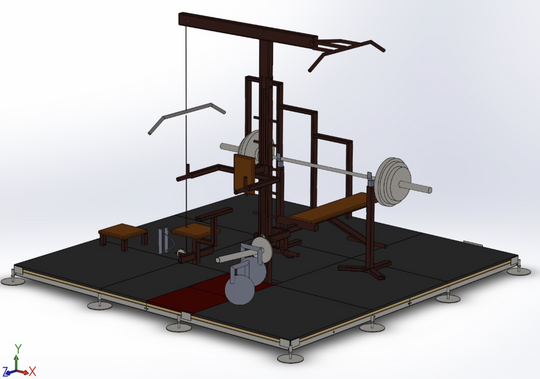 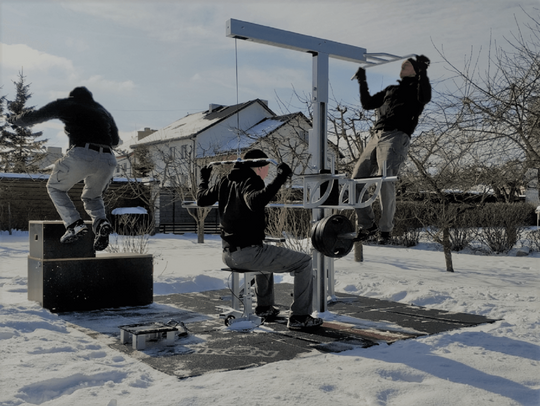 With the second version we were already a little smarter. There was already a slightly safer box for boxjump and storage for the difficulties. In addition, the wood benches had already been replaced by a metal-rubber joint.

However, the rigidity of the main post and even the weathering of the waterproof plywood remained a concern during testing. Back to modeling - with the help of TUT.

The third version was already good enough to be used by the public. Bugs in previous versions have been removed, but well-managed items have been left out. Today, this is the same prototype built for you at the Pirita Velodrome.

There were already some spin-offs from the third version. Physically, they do not yet exist, but quietly the initiators are emerging from the desire to see a small version in their garden corner. After mowing the lawn and before the sauna, you could pick up some iron 😊 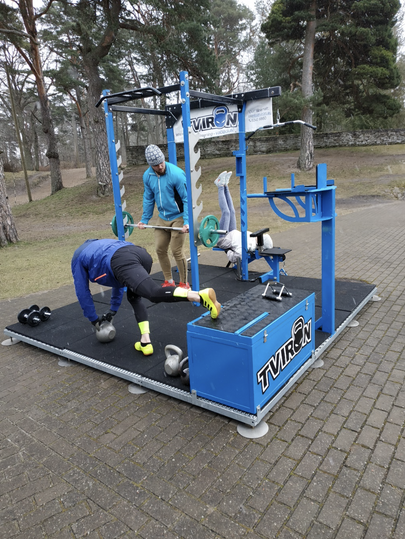 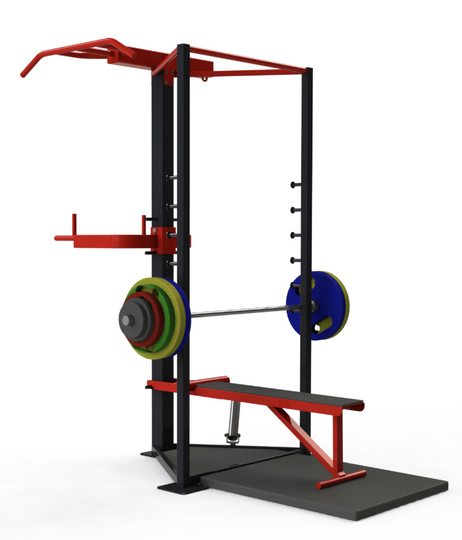 It's coming. Advances in technology offer us ways to easily use this gym with our phone. But this opportunity is not limited to this, in addition, we are developing the ability to create a virtual personal trainer. Through this, we believe in being able to offer a better training experience than the best gyms, all in the fresh air.

Free weights and the ability to use them are the way to strength and better form.